First time visitor to the island or long term resident? These Cyprus facts will hopefully be of interest prior to your holiday or may even help you with the odd pub quiz question.

I certainly learned a lot when compiling this page. Don't miss my little blue box tips, especially if you are visiting during the winter months. 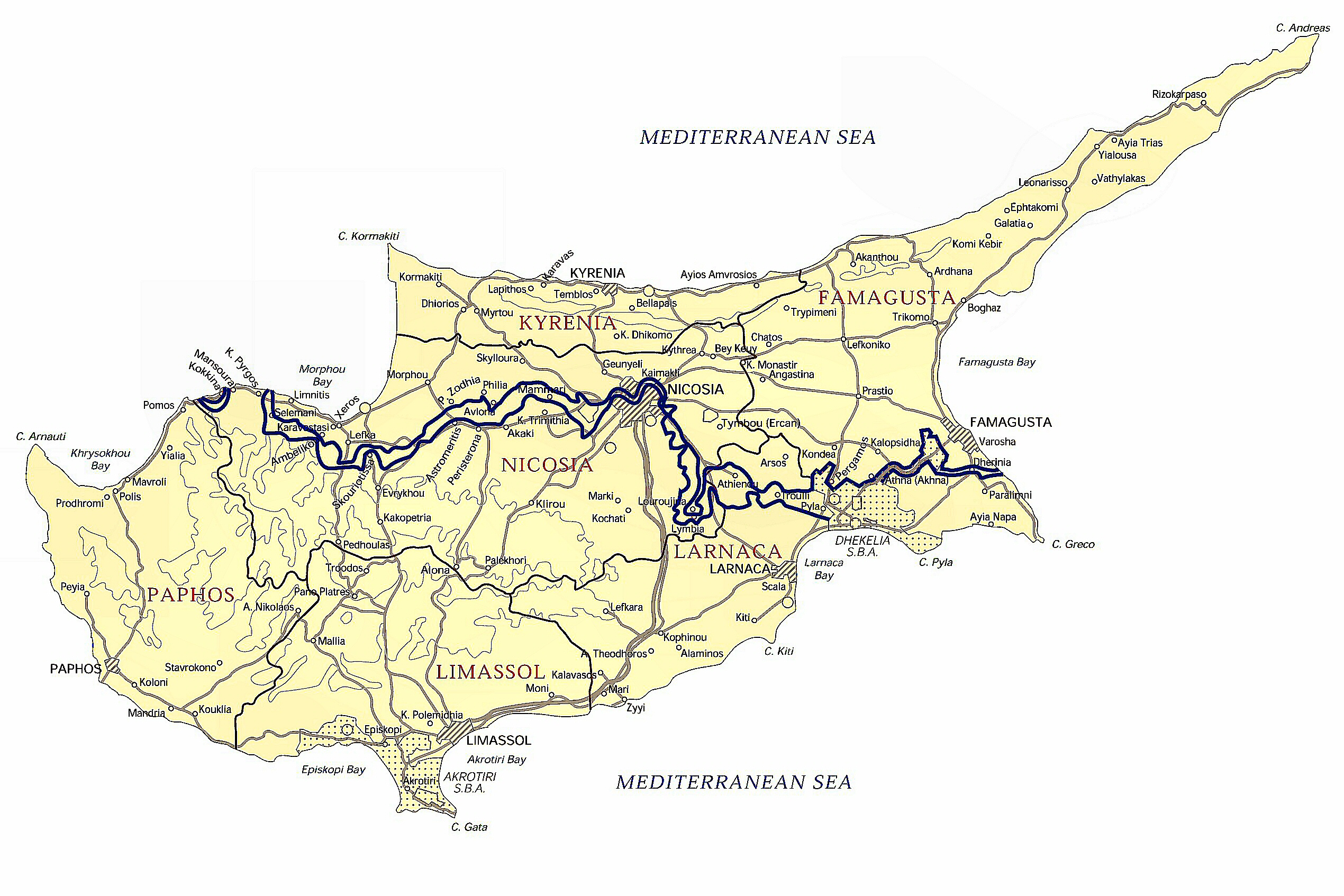 Cyprus is situated on the far eastern side of the Mediterranean and is the third largest island in the Med after Sicily and Sardinia.

Its nearest neighbours are Turkey, 65km to the North, Syria, 105km to the East and Egypt which lies 340km to the South.

Many geography books and websites list Cyprus as being in the Middle East. It may be close geographically, but the island is most definitely part of Europe.

Contrary to what many people believe, Cyprus is NOT part of Greece, though Greek is the main language spoken in the Republic of Cyprus ie. in the south of the island. In the northern part of the island, known as the Turkish Republic of Northern Cyprus, Turkish is the official language, due to the fact that, since 1974, the island has been divided.

There is a long and complex history behind the "Cyprus problem" which continues to occupy both governments of the island to this day. Thankfully, this does not get in the way of enjoying this beautiful country.

ENGLISH is spoken by 90% of the people in both parts of Cyprus. Newspapers are available in both Greek and English in the south of the island.

Radio stations are also available in both languages in the south, although I personally find it hard to understand spoken Greek on the radio as they speak so darn fast!

Each side of the island has a different flag.

Tip: While the island is divided, it is easy to cross the border since restrictions have been lifted. All you need is your passport for ID and car insurance which you buy at the border. See my Cyprus border crossings page for more information.

To give you an idea of it's size, the whole island is about the same size as Puerto Rico, just under half the size of Wales, one tenth the size of Portugal and around 1% the size of Chile.

The latest census carried out at the end of 2011 put the population in the Republic of Cyprus at just under 900,000. The TRNC haven't released their census figures yet but the number is approximately 150,000. These figures could vary by 15-20%, however, as many people did not complete the census and the number of Russians alone reportedly living in Limassol is about 20,000 higher than the officially reported figure!

Cyprus is in the Eastern European Time Zone; Standard Time is 2 hours ahead of Greenwich Mean Time (GMT+2) and Daylight Saving Time is observed in Cyprus, so the clocks go forward at the end of March and go back again at the end of October.

One of the more well known Cyprus facts is that the island is blessed with sunshine for over 300 days per year.

Tip: It can be sunny one minute, then we may have a monsoon the next - the 5 minutes of sun will class that day as a sunny one, which is why the tourist board claims to have over 340 days of sunshine every year! 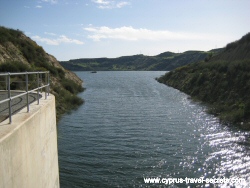 Summers are hot and dry (temperatures up to 40 degrees C) and the winters pleasantly warm (daytime temperatures around 18 degrees C), unless you live in the higher mountain regions where it can get very cold.

The winter months of January and February can be very wet, as seen in 2012 when many of the island's reservoirs overflowed.

Update: December 2012 was the wettest seen in many many years - so wet in fact, that the reservoirs overflowed again!

Get the latest forecast and seasonal weather variations here.

What is NOT one of the well known Cyprus facts, however, is that it can get very cold even in the lower coastal regions, especially when it rains and the water makes the traditional concrete white (uninsulated) villa feel very damp. 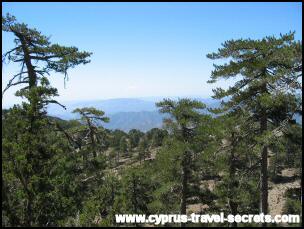 Cyprus is best known for its sunshine packed coastal beaches, but the island is also blessed with some stunning mountain ranges, the Troodos massif in the south west and the limestone range of Kyrenia in the north.

Many visitors remain ignorant of the rolling hills, pine forests and mountain villages which are a paradise for outdoor and nature lovers and, of course, for the inhabitants of the island who know secret Cyprus facts like where to go to avoid the crowds in the busy summer months.

Discover the secret of how the island got its forests back after centuries of indiscriminate wood chopping.

So need for a travel plug if coming from Britain, but other European nations, please remember to pack a Travel Adaptor for Cyprus before you depart.

In Cyprus, the law is based on the British legal system, one of the most useful Cyprus facts. Many Cypriots also train and work in the UK before setting up practices in Cyprus which is useful for British people and other foreigners looking to buy property on the island.

For all property purchases, I advise using a well respected Cyprus lawyer backed by references who can advise on all aspects of the law. 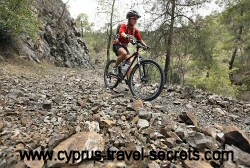 The sunshine beach holiday enjoyed by some 2 million visitors to the island every year is losing popularity. The active visitor is now seeing Cyprus as a cycling and trekking destination and there are specialist companies on the island offering tailor made self-guided cycling holidays to truly discover the most unspoilt parts of the island.

Whatever your reason for coming to the island, you can be sure of a WARM welcome especially in the quiet mountain villages where time seems to have stood still and your coffee will most likely be paid for by one of the locals.

Even more so, if you use a few words of Greek to say hello - it is ALWAYS appreciated so take a few minutes to learn a few CYPRIOT Greek words...

And if you plan to tour the island, get a decent Cyprus map to navigate your way around the island.

Geology and Geography of Cyprus

Where is Cyprus in Europe?

Back to Cyprus Travel Secrets Home from Cyprus Facts