There are lots of Cyprus radio stations. Find out what to listen to here and the frequencies you need.

Listening to the radio in Cyprus is a great way to learn Greek, if you can understand what is being said that is!

I have to say I find it hard to follow many of the news bulletins, mainly as the newsreaders talk so quickly in a flat, monotone voice.

But Cyprus FM is great for music, learning about Cyprus culture and finding out about local issues; there is a wide choice of channels, both English and Greek speaking. 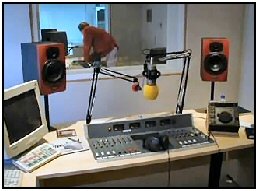 Here's where to find out which station you want and how to tune into each channel.

All of these Cyprus radio stations have websites with details of programme schedules, the DJ's and lots of competitions and games you might like to try.

Use the Google search bar below to to key in your favourite channel and find out what you could be winning!