Here are my top 10 Cyprus secrets - some interesting and unusual facts about our beautiful island. 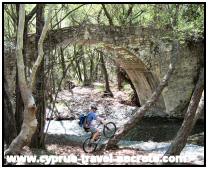 The last of my Top 10 Cyprus Secrets 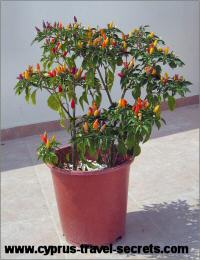 6 - Hot chillies are not used in any Cypriot traditional dish. Strange, perhaps, considering the island's proximity to the Middle East and the ease of growing them in the hot Mediterranean sun.

The only item I have found chillies in is the hot and spicy loukanika sausage, more commonly known as pastourma.

And the last of my top 10 Cyprus secrets:

Now you've read about my Top 10 Cyprus Secrets, take a look at my list of 101 things to do in Cyprus.

Have your say about what you just read! Leave me a comment in the box below.
FacebookTwitterPinterestTumblrRedditWhatsAppMessenger

[?]Subscribe To This Site
Copyright © 2007-2021 by Helen Smeaton www.cyprus-travel-secrets.com All rights reserved Your friendly Insider Guide to Cyprus