Discover the riches in Cyprus history

Our potted version of Cyprus history shows how Cyprus rose from the sea bed to become the prime catch for thousands of invaders from both East and West.

Cyprus history is as rich and colourful as the deep blue waters of the Mediterranean and as juicy as the mouthwatering specialities to be found on the island.

To fully appreciate it, you need to immerse yourself in one of the many books about the history of Cyprus. We'll try to whet your appetite with our potted version of Cypriot history.

If you would like to read more about Cyprus history, we recommend the excellent "Cyprus Is & Cyprus Was" sections in the AA book Explorer Cyprus.

That's all from our Cyprus history lesson.

Copyright©2007-2020 www.cyprus-travel-secrets.com
Page protected by Copyscape- PLEASE DO NOT COPY

Return from Cyprus History to About Cyprus

Have your say about what you just read! Leave me a comment in the box below.
FacebookTwitterPinterestTumblrRedditWhatsAppMessenger 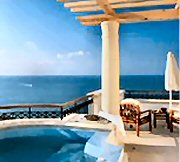