Find out what makes Cyprus culture so unique

Take a trip to Nicosia and you would think you are in any other modern European city.

But head for a mountain village in Cyprus and you will discover a world that time forgot. 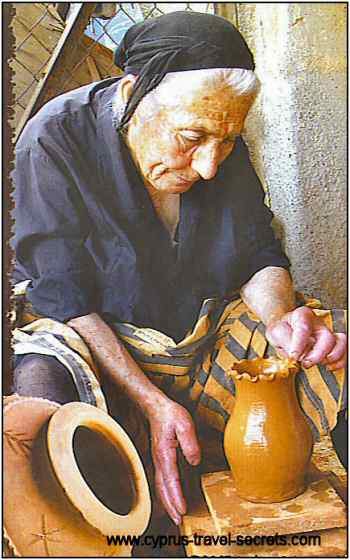 Old ladies gather herbs in the fields and their husbands ride donkeys or sit in the village coffee shop, putting the world to right.

You will find ancient crafts still being practised like lace making and weaving, the result of which is exquisite handicrafts that put the cheap, foreign, imported replicas to shame.

This image of Cyprus culture is, perhaps, dying out but it symbolises the values that mark Cypriots out from their European neighbours.

The family remains the centre of the social structure in Cyprus and that means both the immediate and extended family. That is why you will often see groups of 30 or more people having Sunday lunch in your local taverna!

Traditional family values still apply and you are expected to look after relatives as they grow older. This is not seen as a chore in Cyprus culture as strong bonds between families still exist, unlike many other more modern western countries where families no longer live close to one another and old relatives often live in old peoples homes.

Huge respect is granted to older people and foreigners should always address an elder with the polite form of Greek eg. Yiasas instead of Yiasou (meaning Hello!)

Whilst most Cypriots living in the south are Greek Orthodox, they do not all attend church on a Sunday. This task tends to fall to the elders in the family but on major feast days such as Easter, known as Pachna in Greek, or at Christmas, the whole family will attend church.

The tragic events of 1974 which resulted in a divided island still dominate Cyprus culture today. Most Cypriots you talk to know someone who was directly affected by the Cyprus conflict and many people are still very sad and bitter about the Turkish invasion.

But there is fresh hope of a solution to the complex Cyprus problem now that Christofias is in power. The symbolic crossing point that was re-opened in Ledra Street, Nicosia in April 2008 has paved the way for a successful start to fresh talks to resolve the problem which will make a huge difference to Cyprus and its multicultural heritage.

All Cypriots look forward to the festival season each year. Most festivals take place in the summer months between July and end August, though there are also bigger festivals like the Limassol wine festival which takes place in September.

The local village festivals in Cyprus are a great chance to witness true Cyprus culture. Each village mayor tries to better the next village by putting on a better festival, although in reality there is a similar basic format.

Everyone is welcome at the Cyprus festivals. You can get cheap food, beer and wine for around €10 euros per person and enjoy a night of Cyprus dance and music. You will also be encouraged to join in after a few glasses of your chosen drink!

Don't forget to take pictures of the spectacular "arapies tis kandilas", the Cyprus dance where the man balances a tumbler of water (placed upside down on a cloth) on his head and continues to dance whilst other dancers add more and more glasses! The most we've witnessed was 24 glasses!!

Enjoy your next visit to Cyprus and your taste of Cyprus culture!

Return from Cyprus culture to About Cyprus