Cooking with a Pressure Cooker

How to save time and money cooking with a pressure cooker. Cook healthy stews, bean and lentil dishes, fish, chicken and much more in minutes. 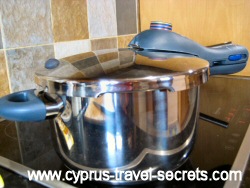 Cooking with a pressure cooker

I was given a pressure cooker 25 years ago as a present and, to be honest, after a couple of stews, it found it's way to the back of a cupboard.

I brought it to Cyprus and forgot all about it until last winter, when I wanted to make some marmelade, but the thought of standing over the cooker for hours waiting for the oranges to soften seemed such a chore.

That and the fact that all previous attempts had taken at least four hours in total as the marmelade refused to set!

Well, after just 15 minutes cooking with a pressure cooker, my oranges and lemons were literally falling apart. After adding the sugar and bringing back to the boil, it only took another 15 minutes to set perfectly. In total it was less than an hour from start to finish making marmelade in the pressure cooker.

Tip: The fruit AND the pith needs to be SUPER soft before adding the sugar otherwise it won't set properly and yes I always used to add the sugar too early as I couldn't be bothered to wait any longer! 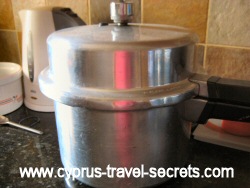 I confess I did have to look up how to use my old aluminium pressure cooker as I'd lost the instructions and couldn't remember cooking times for cooking with a pressure cooker or how much pressure was required.

My old Prestige cooker has one of those heavy weights on the top as you can see in the picture and loads of steam comes out even when the seal has popped up to show you that the cooker has reached pressure point.

Yes I was little worried it might explode, the biggest concern other poeple have about pressure cooker safety, but you really only need to worry about getting burned or plastering your ceiling with food (!) if you try to take the lid off BEFORE the pressure has dropped.

have special safety features like a slidable lock on the handle that won't open until the pressure has dropped and they are super easy to use.

How to Use a Pressure Cooker

Having made marmelade in minutes rather than hours, I started cooking with a pressure cooker to make casseroles. We have a photovoltaic solar electricity system with battery back-up, so it was perfect for saving power and not having to switch on the generator to power the oven for a 3 hour casserole! 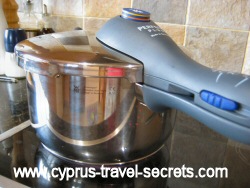 All you really need to do is follow your normal recipe, then, making sure you have at least a quarter of a litre of liquid in the pot, you just place the pot on a high heat to bring it up to pressure. Once at full pressure, you just reduce the usual cooking time by around 80%. A 2.5 hour stew, for instance, will take about 25 minutes for meltingly soft meat.

In practice, I've found that 15-20 minutes is fine for most meat. Vegetables cook in a matter of minutes and pressure cooking beans and lentils is dead easy, taking around 15 minutes.

Totally converted to pressure cooking as a healthy way to steam food and save bags of time not to mention money, I decided to invest in a modern high quality cooker.

I bought that you can see in the pictures above has a neat little dial that pops up when the cooker gets to pressure. It has two pressure settings, denoted by the level of the orange rings and you know it has de-pressurised when the dial falls back into the handle.

How easy is that? Oh and it is SO quiet and no steam escapes at all, unlike my old machine.

So far I've made stews, curries, more marmelade, cooked beetroot in a foil bag, steamed fish in a couple of minutes and the list of pressure cooking recipes I want to try is getting longer and longer! My current favourite is oh so creamy rice pudding, cooked in just 8 minutes :)

My new cooker came with a pressure cooker timing guide for various food types, but I've found it easier to just experiment and have some fun.

Take my word for it, cooking wth a pressure cooker is quick and easy and with a modern machine, it's totally safe, not to mention healthy as most of the nutrients stay in the food with the short cooking times.

I'm so pleased I decided to invest in a high quality cooker that now sits proudly on top of my hob as I use it most days.

Back to Cyprus Food from Cooking with a Pressure Cooker 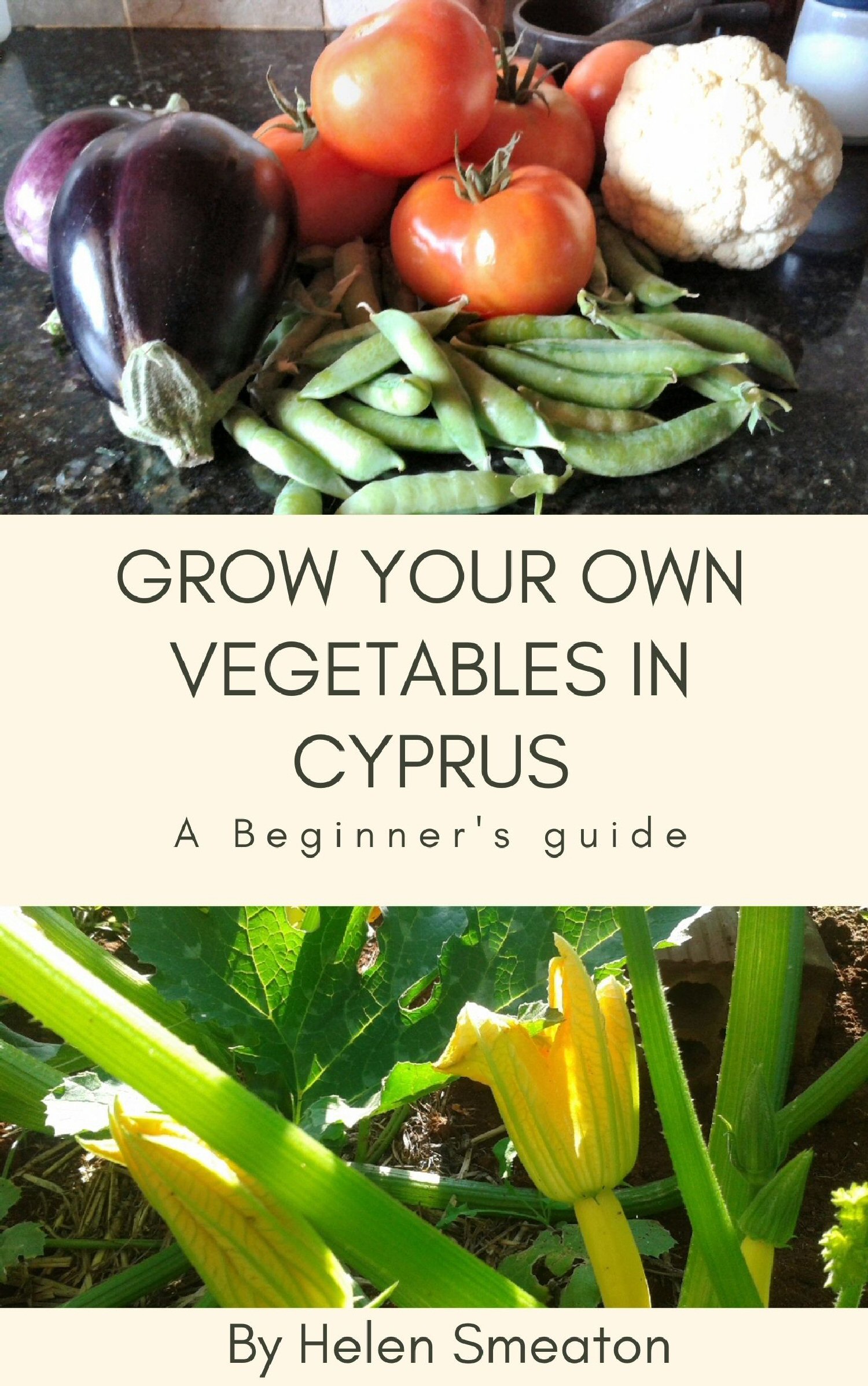 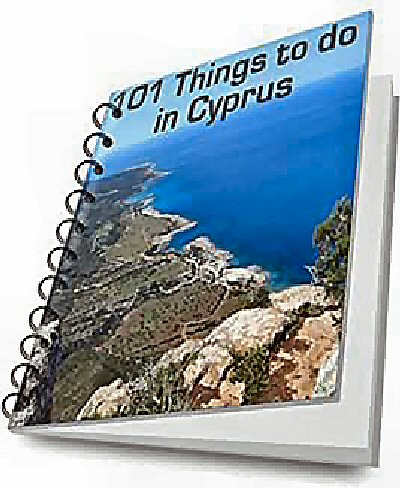