Catch up with the headlines on the Cyprus latest news March16.

It's been a while since I've managed to write a news page for which I apologise. I can only blame a truly hectic 18 months where, after I turned 50 and did an intensive 3 week training to become a certified yoga teacher, my new yoga business has taken off and I now spend more time on a yoga mat than behind a desk!

But please read on if you want to find out what's been happening on the island of Cyprus since the beginning of 2015.

After almost three painful years, Cyprus has successfully managed to exit from its €10bn bailout and has been praised by leaders across Europe. While Greece continues to struggle under the weight of its debts, our tiny island has put in place the measures needed for an early exit from the bailout programme and the IMF’s president, Christine Lagarde, congratulated Cyprus on its “accomplishments under the economic adjustment programme, which has delivered an impressive turnaround.”

The economy returned to growth in 2015, a year ahead of schedule and in the end Cyprus only spent €7.25bn of the orginal agreed bailout money. Business investment is now returning to the island and tourism is on the increase, helped by both better exchange rates for UK visitors (who make up almost 50% of tourist numbers) and tourists switching from less safe destinations (think Tunisia and Egypt).

While Cyprus has not done everything it was supposed to do as a condition of the bailout (the Telecoms giant CYTA was not privatised, for instance, as parliament blocked the move), my husband and I have been pleasantly surprised to see how proactive the island has beeen in sorting out its financial problems. Long may it continue!

A new hotel is under construction in Latchi. It will not open in 2016 as originally planned as progress seems to have slowed down, apparently due to a shortage of funds. But when it does open, the new hotel in Latchi will provide at least 100 new rooms and some much needed trade for many local businesses.

The hotel is situated on a small hill to the left of the village as you drive down the main road and has four storeys. Apparently, it is being built in the shape of a boat to fit in with Latchi harbour and has been financed by a Russian businessman. You can see the hotel from some distance away when driving to Polis and Latchi on the E709 Coral bay to Polis road.

I hope that it won't take too long to finish the hotel and that the money does not run out before completion. But many restaurant owners in Latchi have long been asking for more accommodation to be built to bring more tourists to our side of the island. Watch this space.

All Change for Paphos - European Capital of Culture 2017

Paphos is the European Capital of Culture in 2017 and we are already seeing the benefits as the city prepares for its new status with a facelift. 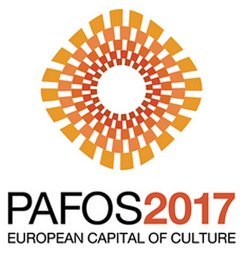 Old Paphos is being completely revamped with major works underway to turn Kennedy Square and much of Makarios Avenue into a pedestrian zone.

I've been saying for years that old Paphos was the perfect place to develop as a cool place to go for both shopping and entertainment and already, new bars and restaurants like Noir and Palialektriki have opened ready to reap the benefits once the road works have gone and locals and tourists alike flock to the area.

The new mayor Phedonas Phedonos has upset many people by tearing down illegal shop fronts and prosecuting illegal and/or corrupt traders in his bid to clean up the city. We think it's a refreshing change as there have been so many corrupt businessmen giving the island a bad name over the years. I for one am looking forward to the time when it is all finished and, unlike the hotel in Latchi which may or may not be finished in the next two years, the Paphos facelift will most definitly be completed by the end of 2016, as promised by the new mayor. Mr Phedonos has been proactive in trying to curb corruption by proposing a bill to blacklist companies involved in bribery scandals - a first for the island - so I fully expect him to deliver on his promises.

That's all from my Cyprus Latest News March16.

Back to News from Cyprus Latest News March16