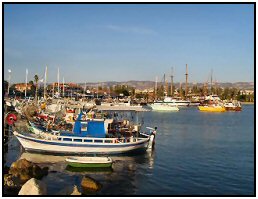 Paphos(often spelt as Pafos) was once the capital of the island and the seat of the imperial governor during the Roman Empire and into the Byzantine period. The lavish houses and public buildings constructed during these periods, the most famous being the Roman governor's palace, have left a remarkable legacy of mosaics and other exciting archeological finds which are still being discovered today.

As a result of its rich past, Pafos was added to UNESCO's list of World Heritage sites in 1980. 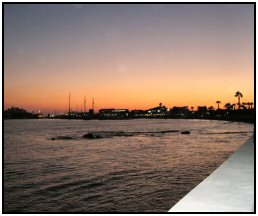 Paphos is also widely known as the legendary birthplace of Aphrodite, the goddess of love and beauty and many tourist attractions play on the connection to the maximum!

Most visitors realise that there are two parts to the town, OLD Paphos and NEW Paphos, known as Kato (lower) Paphos. However the REAL old town lies some 15km to the east of the new town in what is now known as the village of Kouklia, which lies between the international airport and the village of Pissouri.

Today it is hard to believe that Aphrodite's town has so many beautiful antiquities hidden beneath the often brash and noisy exterior of what is now a HUGE beach resort with a wide variety of hotels, villas and apartments to suit every budget.

Whilst the endless strip of hotels/restaurants and bars is off putting to many, we would recommend a visit to Pafos just to admire the mosaics and the spectacular tombs.

You really will feel you have gone back in time, especially if you visit in the quieter months when there are no large crowds.

Things to do in Paphos 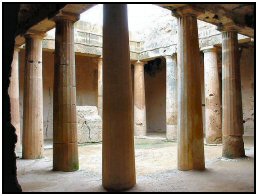 Most visitors come to Pafos for the three S's - sun ,sea and sand so avoid July and August unless you like it really HOT and VERY NOISY!

Whilst the rest of the year is ideal, it is worth noting that even in this busy summertime resort, some restaurants and even hotels close between January and February. Ideal if you are looking for a quiet relaxing holiday!

As the town faces west, it is usually a couple of degrees warmer in winter than in the north western towns of Polis and Latchi.

Where to stay in Paphos 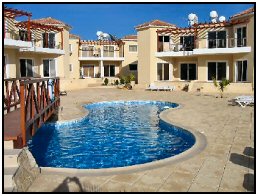 There is a bewildering array of accommodation in the town to suit every budget and many visitors own their own apartments so it is worth checking Paphos villa companies as well as popular travel sites to get the best deals.

If money is no object, there are several boutique spa hotels near Coral Bay plus the luxurious Coral Beach Resort hotel. You have a number of 4 star hotels on the main tourist strip and there are also hundreds of apartment complexes to choose from.

We would advise shopping around and reading online reviews on your chosen accommodation before you book.

are finding it increasingly hard to sell holidays as people prefer to book it themselves online. So they are offering better deals than ever! You may find it cheaper to contact hotels direct and arrange accommodation then just book a cheap flight so always do a price comparison.

We LOVE the archeological sites in Paphos but, as we are nature lovers, we find the resort too loud and busy most of the time.

If it's a wide choice of accommodation and restaurants you are after, then Pafos is a good choice, but for peace and quiet, head for Polis or Latchi.

Return from Paphos to Cyprus Towns